The history of South African renal medicine and nephrology dates back over 60 years.

The first dialysis was performed by a general practitioner working in Krugersdorp in 1957. The doctor had worked overseas and observed dialysis treatment. He developed his own machine which was a derivative of the original Kolff rotating drum machine.

Physicians at the Johannesburg General Hospital performed their first acute dialysis procedure in 1958 followed by colleagues in Cape Town at Groote Schuur Hospital in 1959. Chronic HD clinics were established in the mid to late 1960s in Johannesburg and Cape Town, before developing in the rest of the country.

The first kidney transplant in SA took place at the University of the Witwatersrand ‘s (WITS), Johannesburg, in 1966. The 2nd was performed in 1967 by Dr Chris Barnard in Cape Town, University of Cape Town(UCT).

South Africa was the second country in the world, after the USA, to form a National Kidney Foundation as well as a renal society. The history of the SARS is noteworthy in that it all started because of the enthusiasm of a few specialist physicians.

The founder physicians were Prof Lennox Eales (better known for his work in Porphyria from UCT) and Prof James Gear. Prof Lennox Eales performed the first dialysis procedure at Groote Schuur Hospital(GSH).  Prof Gear worked in Johannesburg at the SAIMR and developed a polio vaccine ahead of the Salk version.

The first SARS meeting was held in Johannesburg in May 1967. Prof Lennox Eales, Prof James Gear, Drs Nathan Levin and Koppel Furman (both from WITS) co-ordinated this first meeting. It was held in the old SAIMR building. The first elected President was Prof Lennox Eales and he served in this role from 1967 to 1968. Dr Jeff Kalmeyer was the next President and he was followed by Dr Geoff Thatcher (he was a consultant Nephrologist at Groote Schuur Hospital before emigrating to Australia).

By 1973, the government public hospitals were the only units offering kidney transplantation. Today the private sector has more transplant centers than the public centers. Nevertheless, the transplant centers are presently restricted to a few major cities in SA, making the accessibility of this treatment limited and thereby condemning a proportion of patients to a lifetime of dialysis treatment.

In 1976 charcoal haemo perfusion was successfully performed for the first time at Groote Schuur Hospital for a patient with phenobarbitone overdose.

The SA Renal Registry was first established in 1977. This was active up until 1994. It was a paper-based registry. Prof Razeen Davids and Dr Julian Jacobs resurrected the registry again in 2012 in an online version.

In 1984 the renal unit at Addington Hospital was the only racially integrated tertiary unit in the KwaZulu-Natal province of any sub speciality. Prof Y.K.Seedat was the head and the two senior consultants were Sarala Naicker and Henry Parsoo.

Racial integration of the Department of medicine at UCT and of the wards at GSH took place in 1986-1987. This process led to tensions between the national government policy and the staff and patients and the general public who worked at and used the facilities at GSH.

The ISN and SARS have formed a close relationship over the years. ISN has supported the local congresses.

The South African renal society has biannual meetings. These meetings have for many years been combined with the Renal care society of South Africa. They have typically been hosted at the major metropolitan centres in South Africa.

Several of the South African university adult and paediatric nephrology training programs have been accredited and are part of the successful ISN fellowship program for foreign doctors, especially from the African continent.

The colourful SARS logo was finalised in early 1999. 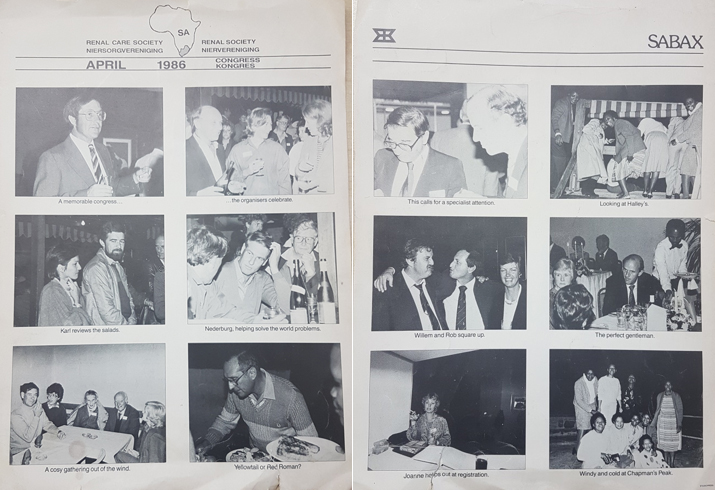 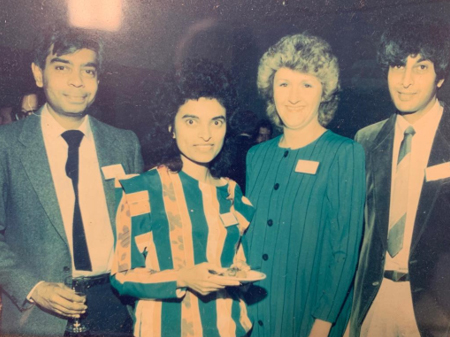